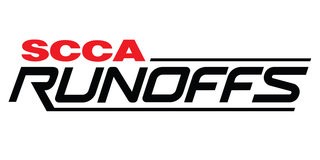 TOPEKA, Kan. (Dec. 20, 2019) -- Sports Car Club of America® has announced the return of a driver-funded contingency program to support competitors achieving success throughout the SCCA® U.S. Majors Tour® in their efforts to attend the National Championship Runoffs®.

Recently approved by the SCCA Board of Directors, the Runoffs Appearance Fund is a re-imagined, modern version of the former “Tow Fund” that existed until 2015 in SCCA’s top road racing program. The Runoffs Appearance Fund is a self-funded contingency program that will pay out to Runoffs participants that finish atop a U.S. Majors Tour Conference points championship or in the Hoosier Racing Tire SCCA Super Tour points standings. Deanna Flanagan, SCCA’s Road Racing Director, said the number of positions paid will be determined by the average car count per class throughout the U.S. Majors Tour season.

“The old tow fund had its flaws, but the premise behind it is something that has been missed based on the consistent requests for the program to return,” Flanagan said. “The commitment involved in racing for a championship is significant, and the Runoffs Appearance Fund recognizes those that have carried their success during the season into the National Championship event. Since the elimination of the tow fund, we have seen a smaller percentage of top points finishers compete at the Runoffs. The new program provides additional incentive and supports our goal of encouraging the best-of-the-best to attend the Runoffs.”

Beginning with 2020, $20 from each Majors entry will go toward the fund. At the end of the season, the entire fund will be distributed to drivers based on their finish in one of the six Conference Championships (Northeast, Southeast, Northern, Southern, Mid-States and Western) or the Hoosier Super Tour points standings prior to the Runoffs. Actual payout amount will vary based on one-way distance “as the crow flies” from a driver’s home address to the Runoffs venue, which in 2020 will be Road America in Elkhart Lake, Wisconsin. Drivers within 300 miles of a Runoffs venue will not be eligible to receive a fund payout.

The most significant difference from the new Runoffs Appearance Fund and the former Tow Fund rests in the number of drivers per class eligible for payout. The Runoffs Appearance Fund will pay more drivers for classes that average more entries over the Majors season, thus providing more support to the classes that contributed more to the fund. The number of drivers eligible for the fund per class will be based on the following chart:

As an example, if a class averages 8.3 entries per event in 2020, the top five drivers from each Majors Conference and the Hoosier Super Tour (regular season) standings would be eligible to receive a Runoffs Appearance Fund payout based on their one-way mileage to Road America. A driver may only receive one payout per class, so if they finished in the top five in two conferences and the Hoosier Super Tour, they would only receive one payment. As was the case with the previous Tow Fund, the total amount in the fund escrow is divided by the total number of one-way miles of eligible drivers to determine a one-way, per-mile rate. Eligible drivers will receive the payment after the Runoffs event.

The SCCA National Championship Runoffs has evolved into what is now commonly agreed to be the pinnacle of American motorsports. Since 1964, the SCCA has crowned Road Racing’s National Champions at the winner-take-all, single race Runoffs format through dozens of separate races over three days.