How SCCA and Racing Saved the Corvette 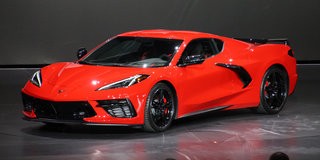 Just recently, Chevrolet revealed a completely new design for its 2020 Corvette. Racer magazine writer Jason Isley, who is also an SCCA competitor and member of the Board of Directors, was on hand to witness one unveiling in Southern California and had some thoughts afterwards pertaining to the role SCCA played in the iconic sports car’s development and history.

In an article at Racer.com, Isley noted that “as I sat there with some 1,400 event attendees taking in the spectacular pomp and circumstance prior to the car’s unveiling, I became distracted by the mention of one specific person who impacted this program over the years: Zora Arkus-Duntov.

“Duntov knew he had to make a name for the Corvette, and the best way to do that was at the racetrack,” Isley recalls. “To that end, Le Mans, 12 Hours of Sebring, and SCCA races were the playgrounds Duntov chose to showcase the car that has since become an American icon. The first taste of SCCA racing success for Duntov’s program came at the hands of SCCA Hall of Fame member Dr. Dick Thompson, when Thompson won the 1956 C Production title. This was the first of many SCCA titles for the car.”

Read more about the role SCCA played in the Corvette’s history in the full Racer.com article titled “How racing and the SCCA helped save the Corvette.”