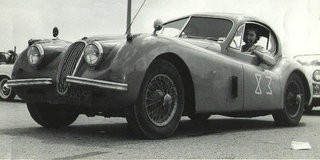 SCCA Hall of Fame inductee Janet Guthrie will be the subject of a documentary titled “Qualified” premiering this evening, Tuesday, May 28, at 8 p.m. Eastern/5 p.m. Pacific on ESPN. The documentary is part of ESPN’s “30 For 30” series which was originally inspired by ESPN's 30th anniversary. Since then, the show has produced more than 90 films and been honored with Peabody, Emmy and Academy awards.

Janet Guthrie grew from grassroots SCCA regional racing to be a pioneer in Indy cars and NASCAR, inspiring others to imagine the impossible. Early on, she campaigned a Jaguar XK 120 coupe, competing in autocrosses, hill climbs and field trials in the New York Region. She then moved to a Jaguar XK 140 for competition in SCCA regional and national races. Guthrie built her own engines, towed the car to races and was her own crew. By 1972, she was a full-time racer, and a year later won the SCCA North Atlantic Road Racing championship in a BS Toyota Celica. She also managed to achieve a couple Sebring class wins.

Tune in to learn more about this SCCA trailblazer.